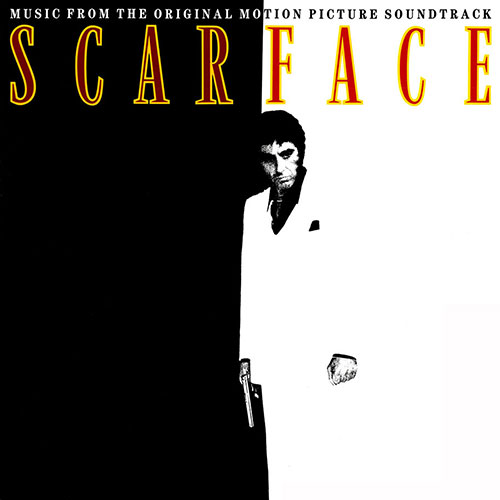 “Scarface: Music from the Original Motion Picture Soundtrack is the soundtrack album featured on the 1983 American film, Scarface, which was directed by Brian De Palma. Composed by Italian record producer Giorgio Moroder, the vinyl soundtrack was released on December 9 of the same year through MCA Records. The album features music created by Moroder, who wrote and produced all of the tracks. Scarface counts with the collaboration of multiple singers, including Paul Engemann in the track “Scarface (Push It to the Limit)”, Debbie Harry in “Rush Rush”, and Amy Holland in “She’s on Fire” and “Turn Out the Night”, among other artists. The soundtrack received a Golden Globe Award nomination for Best Original Score at the 41st Golden Globe Awards.” – Wikipedia