Richie Zito (born August 21, 1952) is an American Musician, Record Producer and Songwriter from Los Angeles. In a career spanning more than 50 years, beginning with being signed to Atlantic Records by Gerry Wexler, when he was 15 Years Old, and continuing with success as a prolific Session Musician, being featured on a wide array of other artists’ recordings, including work with Elton John, Tina Turner, Janet Jackson, Donna Summer and Barbara Streisand; and Soundtracks for SCARFACE, TOP GUN (“Danger Zone”, “Take my Breath Away”) AMERICAN GIGOLO (BLONDIE’s “Call Me”) BEVERLY HILLS COP (“The Heat Is On”).

Zito has produced Thirty-Eight singles that have been featured in the charts, including 2 Chart Toppers, BAD ENGLISH’s “When I See You Smile” and CHEAP TRICK’s “The Flame”. Zito’s production style was described as “panoramic and cosmic” by Doug Stone of AllMusic regarding his work with Cheap Trick on their 1988 album Lap of Luxury. In addition Zito Produced the Grammy Nominated EDDIE MONEY/RONNIE SPECTOR Duet “Take Me Home Tonight” and JOE COCKER’s “You Can Leave your Hat On”

Zito was named Billboard‘s Producer of the Year in 1990.

Zito was born in Booklyn, NY, but moved to California for better opportunities in his music career. In 1973 he recorded and toured with Bobby Hatfield of The Righteous Brothers.

Later that year, Zito formed a band with Rick James, releasing the single “My Mama”, a Big Hit in Europe. In 1974 Zito began working with Neil Sedaka, who had signed with Elton John‘s Rocket Records. Zito recorded, toured and made numerous TV Appearances with Sedaka during the biggest comeback of the decade.

In 1980, Zito joined ELTON JOHN’S BAND, playing on the albums 21 at 33, The Fox, and Jump Up!. He also toured extensively with Elton, highlighted by performing with him in front of 450,000 People at a Concert in Central Park. 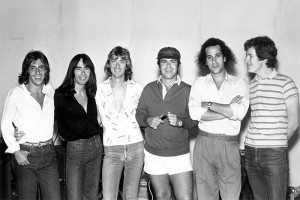 Zito then began working closely with producer Giorgio Moroder, playing on some of the most successful movie soundtracks of the era. Zito worked extensively on the soundtrack for Scarface, playing all the guitars, arranging and co-writing a number of the songs. He also played guitar on songs for other artists’ albums including Berlin‘s Take My Breath Away, Irene Cara’s Flashdance… What a Feeling, and Glenn Frey‘s The Heat Is On during this period.